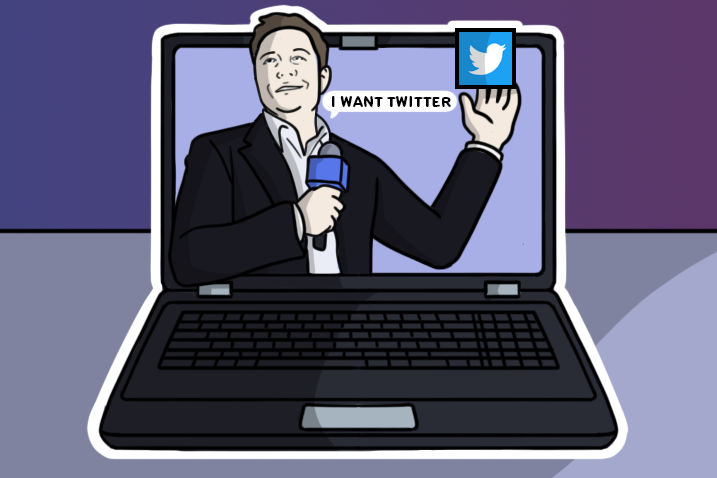 Elon Musk has recently issued a public announcement offer to buy Twitter at $54.20 per share, valuing it at about $41 billion dollars. Musk’s move comes off the back of his acquisition of 9% in Twitter just over a week ago, making him its largest shareholder. Twitter had offered Elon a seat on its board of directors after the acquisition, to which Elon politely declined.

Musk stated that if his offer to buy out Twitter at $54.20 a share was not accepted, he would need to "reconsider" his position as a shareholder.

Musk later pointed out in a recent tweet, “This is not a threat, it’s simply not a good investment without the changes that need to be made”. He mentioned that since making his investment in Twitter, he realizes now that the company will neither thrive nor serve our social imperatives in its current state, and he mentioned that there is a need to transform Twitter into a private company. In addition, Musk also stated that Twitter had extraordinary potential and that he would be the person that will unlock its possibilities.

There have already been hints from Elon Musk regarding the things he would like to change over at Twitter. He has suggested making changes to the Twitter Blue premium subscription service by slashing prices, banning advertisements, and giving users the option of paying their monthly subscriber fee using Dogecoin as an optional cryptocurrency.

Twitter has announced that their board members “will carefully review the proposal to determine the course of action that it believes is in the best interest of the company and all Twitter stockholders” in their latest press release statement.