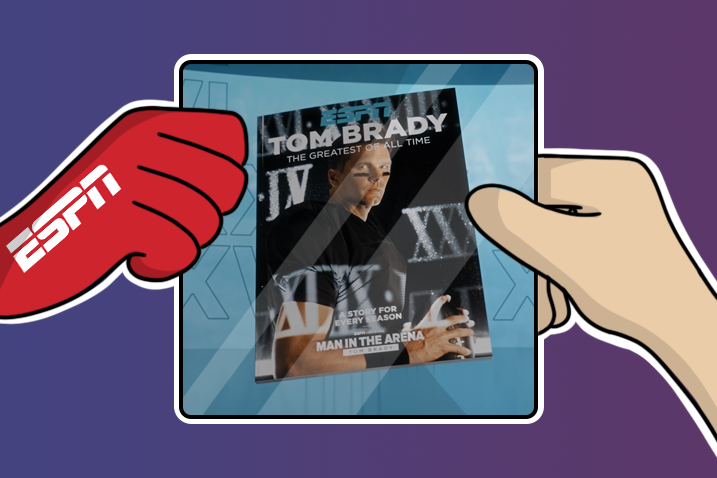 ESPN and Autograph, the NFT platform co-founded by Tom Brady, announced their collaboration that kicks off with a documentary release and an NFT collection.

The NFT Collection
Autograph and Religion of Sports (a media company also co-founded by Brady) designed the "Man in the Arena: Tom Brady Collection" as ESPN's first series of NFT collections. This first collection is based on Tom Brady and includes three ESPN magazine covers from their December special edition, which featured 14 stories written by ESPN specifically on Tom Brady. Fifty of those NFT covers will be signed by none other than the NFL legend himself.

The collection is for sale on the DraftKings Marketplace, and can be viewed on the Autograph website. All the NFTs are minted on Polygon, a layer-2 scaling solution for Ethereum.

ESPN has plans to drop a second series of NFTs called "Back in the Arena" when the final episode of the documentary has aired later this month.

The Documentary
The "Man in the Arena: Tom Brady" documentary is a 10-part ESPN+ series which chronicles the achievements and milestones of Brady's legendary career.

The agreement between ESPN and Autograph is a multi-year deal, and opens the door for a number of exciting NFT drops. Dillon Rosenblatt, chief executive officer and co-founder at Autograph, stated that “As the first NFT partner for ESPN, the possibilities across sports and technology are endless, and we couldn’t be more excited to get this content out to the world in a massive way.”