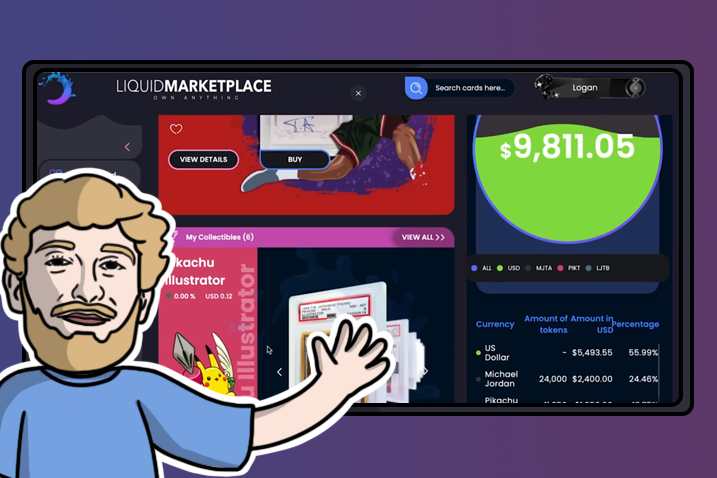 To facilitate its launch, the platform raised $8 million from an undisclosed consortium of investors, and has also compiled a group of advisors including the former co-president of Wicked Cool Toys, Jeremy Padawar, as well as the avid NFT enthusiast, Steve Aoki.

The platform’s premise revolves around the merging of the physical and digital realms (rendering a 'phygital' dynamic), allowing users to own fragments of highly sought after physical assets through the ownership of a digital token.

For this to happen, sellers will deliver their valuable physical items to a ‘vault,’ where its ownership will then be digitalised and distributed to partial owners via digital tokens on the Ethereum blockchain.

The platform also incorporates a buyout system for those wishing to own a whole asset, where if they manage to acquire a certain buyout percentage of the asset (an unconfirmed amount as of now), they can ask all other partial owners to take a vote on whether they should all offload their ownership to the hopeful sole owner.

As of now, the assets up for partial-grabs on the platform include Logan Paul’s personal WOTC Pokémon 1st Edition Base Set Booster Box (a real one this time), a number of rare National Treasures basketball cards, and a CryptoPunk NFT (suggesting prestigious digital items are also available for part-ownership).

By empowering users to get their mits on seemingly unattainable assets, Paul hopes to level the the playing field and provide accessibility to genuine ownership to those who are most passionate about particular prestigious collection items.