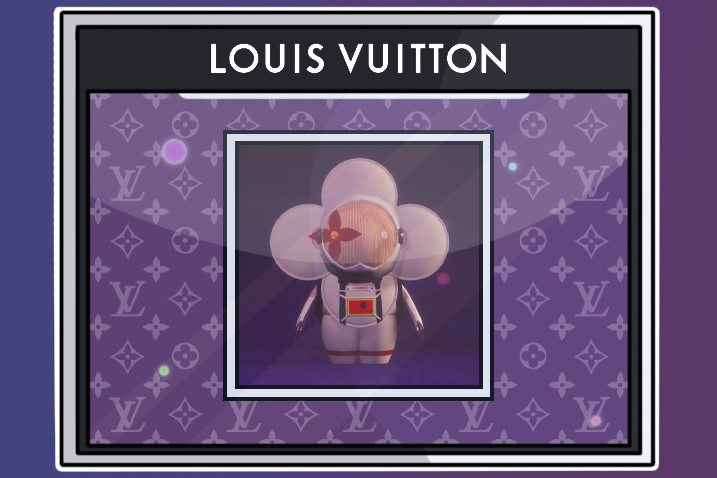 In contrast to other NFTs drops which entail a simple minting or auction dynamic, the collection will be distributed via a raffle which can only be entered by players of the brand’s ‘Louis: The Game’ mobile app game.

The game has, in fact, always revolved around players collecting free and educational NFTs as they explore the game’s ecosystem with their Louis Vuitton avatar called ‘Vivienne’. Through this announcement, we now know that players who collect a ‘certain number’ of these NFTs before August 4th (the brand’s birthday) will gain entry to the raffle. After the closing date, we can then expect the 10-part raffle (one for each NFT) to take place.

Details about the actual aesthetics of the NFTs is still unknown. What we do know however is that they will have interoperable, PFP-inspired features that can be flaunted across an array of different platforms. It has been confirmed that the collection will be developed by Beeple’s startup Wenew Labs and sister company Possible.

Despite a relatively low-key existence since its genesis in August 2021, ‘Louis: The Game’ has amassed a whopping 2 million individual downloads. The game is still far from being an industry leader of any sorts, as rivalling concepts such as Nike’s and Gucci’s fashion stores in Roblox have massed user bases that more than triple LV's figures.