RTFKT & NIKE Unveils the MNLTH Mystery and the Cryptokicks 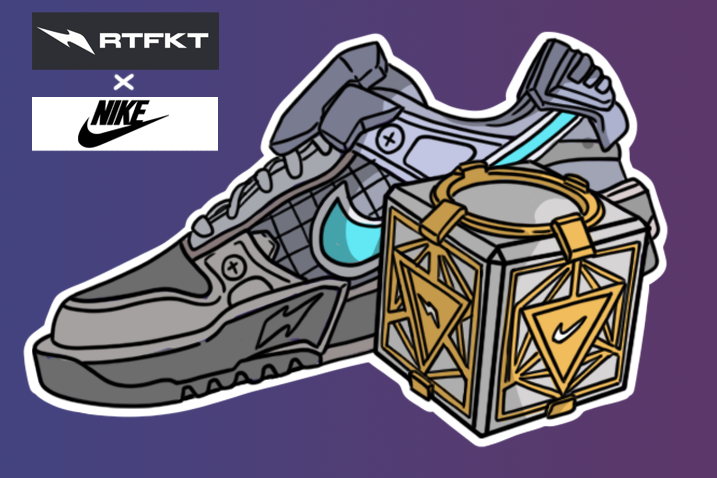 RTFKT Studios airdropped a mysterious NFT to all Clone-X holders titled ‘MNLTH’, a metallic cube that had a Nike’s iconic Swoosh logo on one side of it. Finally, after close to three months of waiting, the mysteries behind the ‘MNLTH’ NFTs have been revealed.

Each cube will hold a pair of virtual sneakers dubbed Nike Cryptockicks, which are based on the legendary Nike Dunk silhouette, and they will be customizable with one of eight ‘CloneX DNA based’ skins. The shoes will require ‘skin vials’, which will bring the limited edition NFTs to life when a vial is injected.

Cryptokicks is only one of the many digital launches expected from the collaboration between Nike and RTFKT Studios, and there are currently rumors of various other projects in the works between them that are expected to be released in the near future.