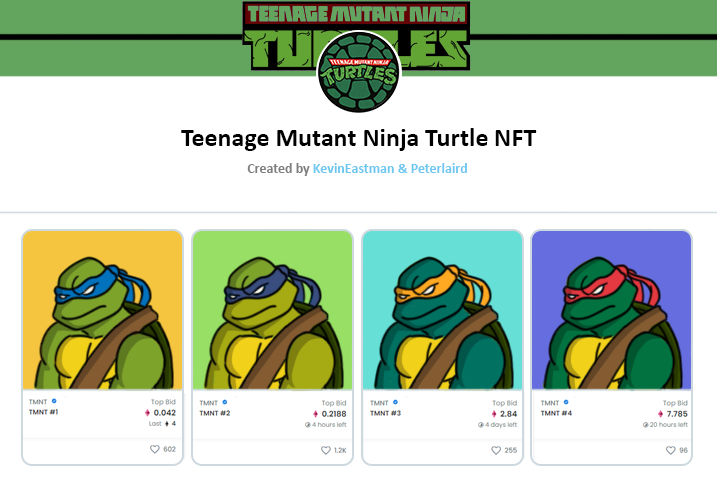 The news was announced via a trailer posted by the franchise’s new NFT Twitter page. The trailer certainly served its intended ‘teaser’ role well, as its short narrative included an ambiguous sequence of a capsule of ‘The Kraang’s’ glowing green biochemical weapon ‘Mutagen’ falling down an NYC sewer, resulting in a glowing green light to shine out from its depths.

The trailer then ended by stating that the TMNT NFT collection will be launched some time in Spring 2022.

As of now, the only other activity from the franchise’s new account is a reply to Seth Green, one of the many voice actors of Leonardo, the gang’s leader and tactical commander.

The project will be the first solo collection from the franchise, as its inaugural NFT endeavour was part of Funko’s ‘Digital Pop!’ NFT series.