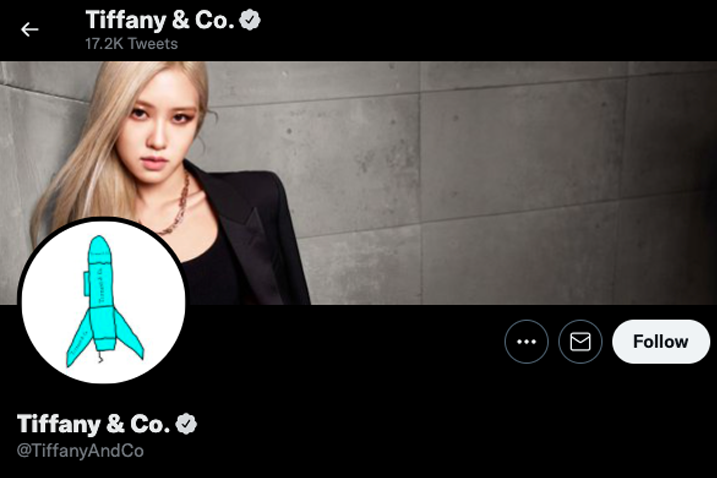 Through the acquisition of an on-brand rocket ship art NFT, it appears that luxury jewellery brand Tiffany & Co. has launched itself into the world of NFTs.

The NFT, which is from the Tom Sachs: Rocket Factory NFT collection, is a cartoon rocket which sports a simplistic neon blue aesthetic. An obvious reason for the brand’s interest in the digital asset is that its official branding is printed on the rocket’s nose cone, main body, and one of its fins.

Although no confirmations have been made, it would be reasonable to assume that the company’s crypto-wallet played a role in the asset’s 115 WETH (around $364,000) purchase on March 21st. Such hypothesis can also be backed up by the fact that the company now uses the NFT as its PFP on Twitter, which they announced via a tweet which included nothing but rocket ship emojis.

The Tom Sachs: Rocket Factory NFT collection plays host to many more branded cartoon rockets, with companies such as 7/11, Snickers, Budweiser, Chanel, and more, all having their own personalised space vessel. With this in mind, it will be interesting to see if any of such mainstream brands will join Tiffany & Co. in their branded rocket hype.