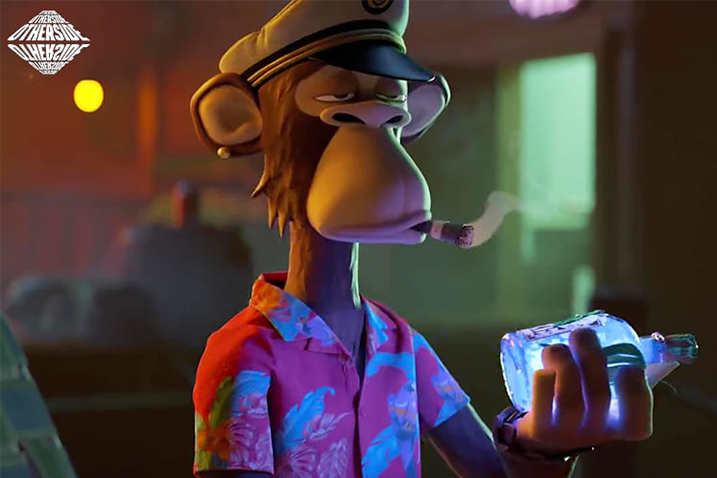 Off the back of its acquisition of CryptoPunks and Meebits, as well as the more recent launch of ApeCoin, Yuga Labs has continued its rampant Web3 revolution through the release of a teaser trailer for a new project dubbed ‘Otherside’.

Throughout the mass discussion over what ‘Otherside’ could entail, people have began referencing a previous announcement from Yuga Labs, which stated that it’s working on a gaming-centric virtual world with different NFT compatibilities. This is because the climax of the trailer saw characters from collections such as Mutant Apes, World of Women, Meebits, SharkDAO, CryptoPunks, Cool Cats, Nouns, and CrypToads hovering in a helicopter above the trailer’s Bored Ape protagonist.

In the recent past, nWay, a subsidiary of fellow Web3 powerhouse Animoca Brands, also announced its intent to develop a P2E game in collaboration with BAYC - however, it is currently unknown as to whether such plans relate to ‘Otherside’. What we do know for certain is that the project will be centred around the latest A-list addition to the NFT landscape, ApeCoin, as ’Powered by ApeCoin’ was explicitly included in the teaser trailer’s caption.